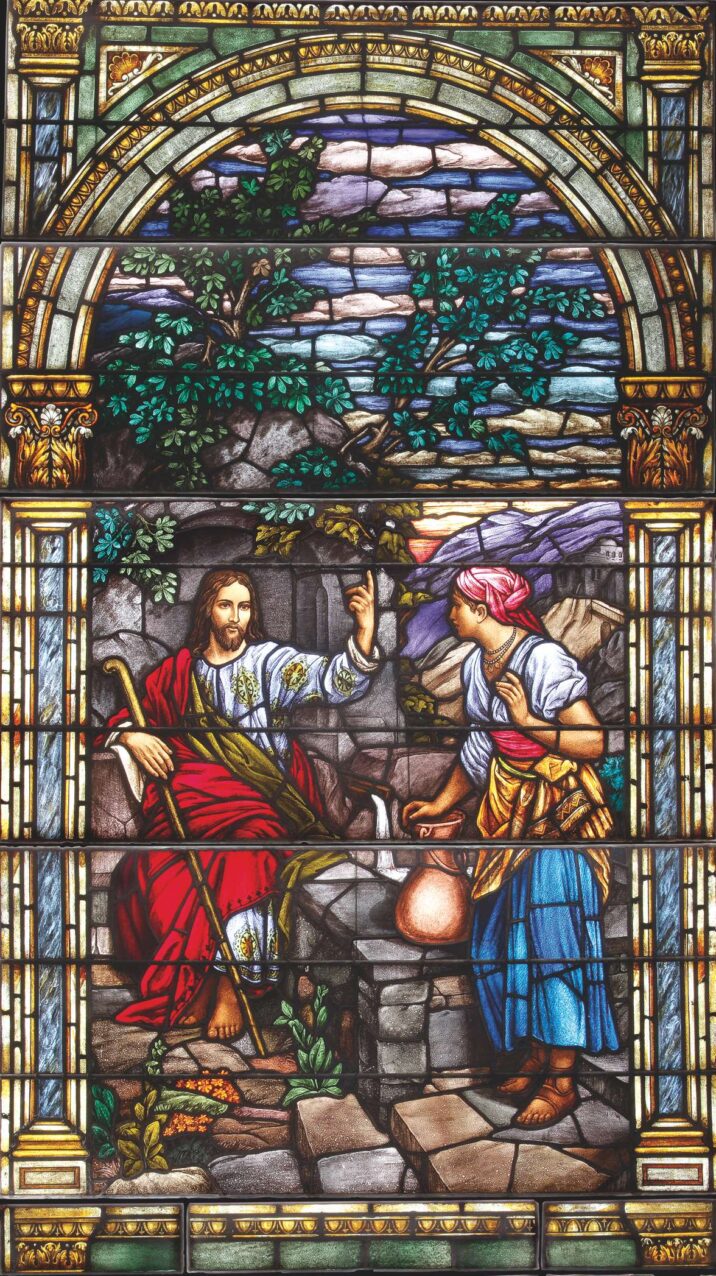 In 2016 in preparation for their display To Magnify the Lord: Six Centuries of Art and Devotion, the BYU Museum of Art asked me what to do about a remarkable stained glass window they had in storage. They wanted to be able to display and store this remarkable treasure, and asked me for options.

When I received the original stained glass, each of the four panels was mounted in irregularly constructed pasteboard frames, original to the donation of the window, and the museum was anxious to do whatever was necessary so these panels could be displayed with the respect they deserved. This stained glass is a beautiful example of 19th century stained glass techniques, and even the repairs which had been done since its original construction added to its appeal.

I outlined a plan for restoration, protection, and display, which they subsequently followed. I suggested stabilization and support of the stained glass with minimal intrusion, and protecting the four panels of stained glass by sealing them into units with clear tempered glass on both sides of each panel, and using state of the art sealing materials for greatest stability and duration over time. The frame I proposed was made of steel and designed in such a way that each component could be disassembled for storage while also acting as protection for the stained glass panel, and the overall structure could be reassembled easily and quickly for display with flat LED panels for illumination of the glass.

My proposals for the frames and display were carried out, and I was chosen to curate the windows myself as I prepared them for insulation and permanent protection.

The display itself was beautifully coordinated by the museum, and is a testament to the care they give their remarkable collection.

This site uses Akismet to reduce spam. Learn how your comment data is processed.